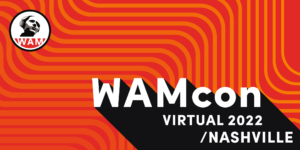 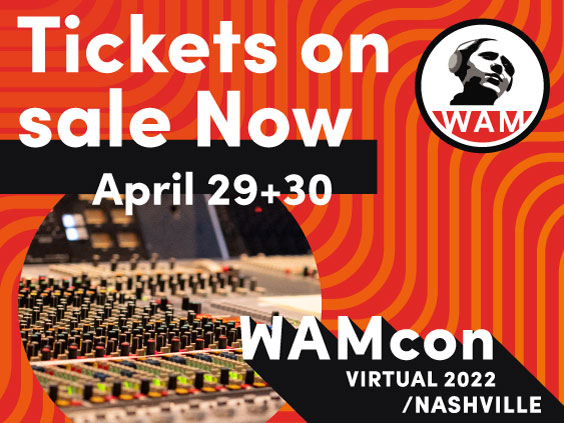 WAM’s interactive recording conference series for women and gender diverse individuals is back! Get ready for a virtual jam-packed event on April 29 & 30, 2022 highlighting Nashville producers, songwriters, engineers, and artists:

More speakers to be announced!

This event will be recorded and available to re-watch for ticketed participants only for up to 1 week after the event.

Become a WAM Member for discounted tickets, plus a full list of annual member benefits, and belonging in a global network of women and gender-diverse professionals in sound!