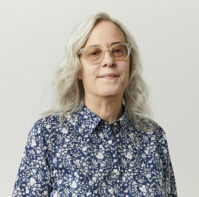 Founder & Executive Director
Terri founded WAM in 2003 while she was a tenured Professor and Director of the Sound Recording Arts Program at City College of San Francisco from 2001-2011. Her love of music and the recording arts spans 30 years as a songwriter, composer, recording engineer, and producer. Winston was signed as a recording artist, engineer and producer by Polygram and BMG, and has shared the stage with such acts as P.J. Harvey, Pixies, Throwing Muses, Flaming Lips, Fugazi, Cake, and Third Eye Blind. She has collaborated with Lenny Kaye of the Patti Smith Group and Greg Hawkes of The Cars and worked as a recording artist and producer for MainMan whose roster also included David Bowie, John Mellencamp, Lou Reed, & Iggy Pop. Winston has composed and produced theme music for KRON-TV's "First Cut" series, Banana Republic and films that have shown on BRAVO's Independent Film Channel, French Television's Cine Cinemas and major festivals all over the world. She has received an ASCAP songwriting award, Boston Music Award and Bay Area Music Award, is a voting member of the Recording Academy (The GRAMMY's) and is active in the Producers and Engineers wing. Winston has a B.S. in Electrical Engineering from Purdue University. 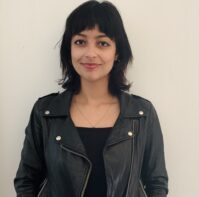 Operations Manager
Christina is a music industry professional, event producer and promoter, and radio host. A lifelong lover of live music, she has produced live shows in LA and the Bay Area and has worked in music venues in booking, operations, and marketing. Christina now books shows in the SF and Oakland, DJs locally, and hosts a femme and queer focused radio show on Oakland's Lower Grand Radio. Christina has previously held roles at Pandora Media, Live Nation, and House of Blues Entertainment, and is excited to join the nonprofit space and serve WAM's community-based mission. 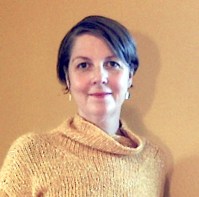 Interim Director of Strategy and Development
Carol joins WAM after having served in executive director roles in several organizations, including Bay Area Video Coalition in San Francisco and Arts Foundation for Tucson and Southern Arizona. Carol's work has always been centered around the creation of community through education and the arts, and the creation of healthy communities through local and international health education and policy. Carol was a community DJ while growing up in Central Maine, and was a member of the Hampshire College choir as well as the San Francisco Community Choir. Carol played trombone for many years, as well as cello.

Carol serves on the board of trustees for Hampshire College, from which she graduated with with a BA in Cultural and Feminist Studies. Carol also serves on the Advisory Board of SPACE Gallery in Portland, Maine. 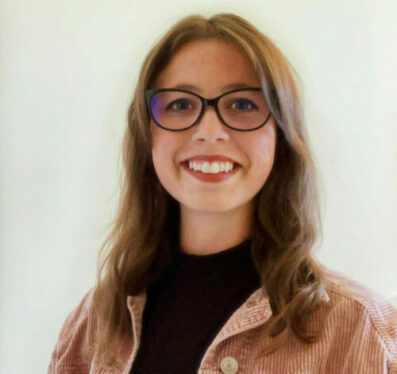 Grants Manager/Writer
Molly is a grant writer and nonprofit professional with a deep love for San Francisco and relentless passion for advancing gender and racial justice. She received her masters and undergraduate degree from San Francisco State University in US History, focusing on racial and cultural history and women/gender studies. She has worked at nonprofits ranging from museums to legal aid providers for low-income communities and volunteers for local queer organizations. In 2021, she won an award for a winning grant proposal in the government sector from Grantstation. Her profound love of music means that much of her spare time has been spent making countless dance playlists and attending Bay Area concerts. She is excited and determined to change the gender background of sound with the rest of the incredible WAM team. 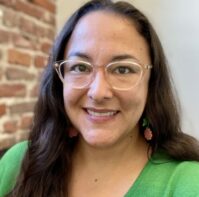 Director of Education
Christina is a musician, dancer, and educator who has been working in the Bay Area arts education scene since 2007. Originally from the Central Valley, she earned a BA at NYU and graduated with her Masters in Education from Mills College. She previously managed education programs at SFJAZZ and Jazz at Lincoln Center and most recently advocated for and founded a school-wide performing arts program at a TK–8 school in the Fruitvale, Oakland. Christina is passionate about equity in access to arts education, and creativity as a catalyst for liberation. She also serves on the board of Luna Dance Institute based in Berkeley, CA. 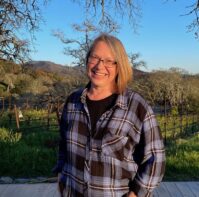 Studio Director & Lead Engineer
Mary Ann is an engineer/producer with over 25 years experience in the recording industry. She has worked on projects ranging from Howard Wiley’s 2nd Line, Afro-Cuban jazz, Whitney Houston, and MC Hammer, to soundtracks for independent films and TV post work on ad campaigns such as Levi’s and Taco Bell. Within the Recording Academy leadership, Mary Ann served on the National Board of Trustees and led the San Francisco Board as Chapter President. As an educator, Mary Ann has taught studio recording, production, entertainment business and audio post production at Expression College and at San Francisco State University. She especially enjoys working with emerging artists and engineers and the energy they bring to the evolving field of music.

Mary Ann also grew up playing classical violin and for many years has participated in Traditional Mexican Son and classical African music ensembles. She holds a BA Music from University of California, Berkeley, and a Masters in Education from University of San Francisco. 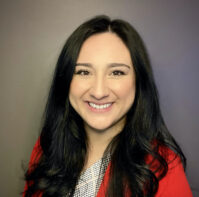 Marketing Manager
Jamie is a marketing expert with 15+ years of music industry experience specializing in marketing, content creation, music and audio production, songwriting, and voice-overs. She is best known for her time at LOUD Audio, where she quickly became the face and voice of the Mackie brand. Her early years were served as a Field Representative, traveling nationally and internationally to train multiple dealers and call centers on products.

She quickly became the Product Marketing Manager and host of Mackie's first-ever podcast, the "Ins & Outs with Mackie." During her time as host, she got to work and interview notable music industry experts such as Sanjay C, Mike Herrera (MXPX), Matthew K Heafy (Trivium), Herman Li (Dragonforce), and Terri Winston, Founder and Executive Director of WAM. In 2021, she aided in multiple campaigns that rapidly increased social engagement and the development of a fresh new website for the Mackie brand. Before her departure, she was nominated for Billboard's Executive Woman in Music Award.

Jamie is also a multi-instrumentalist who enjoys songwriting, live looping on pedals, and recording/performing with her Electro-pop band, Manifique. She is thrilled to work with a team that shares her same passion for amplifying the voices of underserved markets. 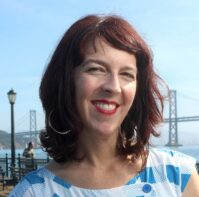 Internship Program Manager
Alicia Crawford, born in California, has spent time as a writing college professor, in nonprofit leadership, and volunteering in wild animal sanctuaries. She is a producer, editor, and sound engineer for a variety of podcasts using storytelling to affect social change, with a special focus on the intergenerational and the LGBTQAI+ communities. She also hosts her own podcast, Thick Skin, about women and gender expansive people working in the skilled trades. In her quiet time, she likes to weld, walk for miles, write poetry, and bake pies. 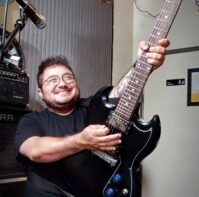 Youth Program Manager
Mateo (he/him) is an East Bay born-and-raised educator, audio engineer, musician, and lifelong learner. Originally cutting his teeth as a teenager and young(er) adult in the 924 Gilman scene as a both a sound engineer and touring musician, he earned his BA in Broadcast and Electronic Communication Arts from San Francisco State University, and more recently completed a Master's program in Library and Information Science through San Jose State University. Previous to joining WAM, Mateo worked as an after-school and library program director at an all-girl's middle school in Oakland. He has also worked as a museum a/v engineer, a repertory theatre bartender, a barista, and more. Mateo cares a lot about access, equity, and justice in education, the creative media technology world, and the DIY music scene. 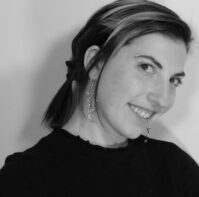 Youth Program Instructor
Nancy is a Bay Area comedian, researcher, radio/ podcast producer, beatmaker, D.J., and educator. She has always been inspired by art, science, and above all else – a ridiculous love for music. Nancy studied Cognitive Science at McGill University, where she graduated with a unique interdisciplinary B.A. & Sc. degree. Her work since has been motivated by a passion for knowledge translation, storytelling, and audio. Nancy’s experimental radio pieces have been featured across international airwaves and her podcast work has garnered notable awards, including a Mixcloud Listeners’ Choice Award for Best Science/ Technology Podcast. She deeply believes that audio has the power to share knowledge, facilitate personal expression, and provide a platform to voices typically ignored by mainstream media. Most importantly though, Nancy appreciates audio for the joy and fun it brings to life! Whether she’s making beats in bed or recording the noises of BART, Nancy has always been able to seek solace in sound. She could not be more excited to share the power of audio and music (specifically sick beats!) as a Girls on the Mic instructor at WAM! 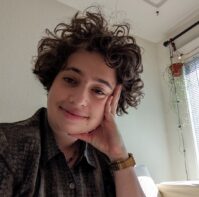 Youth Program Instructor
Abi (they/them) is a sound designer, educator, journalist, and multi-media artist born and raised in the Bay. They received a BA in Art & Technology from Mills College, where they learned to sculpt sounds with field recordings, modular synthesizers, DIY circuits, and software synthesis. They love working at the intersection of art, science, and audio storytelling, and their work as a radio journalist has been featured on KPFA and KALW. They are a passionate arts educator that believes in empowering youth with knowledge, creativity, and community care, rooted in the lineages of liberatory pedagogy and S.T.E.A.M./maker education. They are also a visual artist and performance weirdo that enjoys long walks on the beach, fermented foods, and thrifted cassette tapes. They are so so thrilled to be joining the Girls on the Mic team! 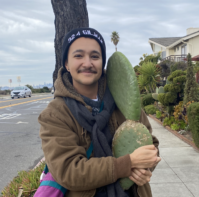 Youth Program Instructor
Stevie (they/them) is a live audio engineer, songwriter, musician, and sharer of knowledge from the East Bay Area. Stevie has been playing in bands since they were ten years old, and got their start with audio work through their involvement in the East Bay DIY music scene. They got their foundational training as a live sound engineer at 924 Gilman, where they are currently the head of sound. Stevie graduated from UC Santa Cruz with a BA in Sociology and Feminist Studies, and they bring their desire to make sense of systems of oppression everywhere they go. You can often find Stevie running sound at 924 Gilman or El Rio, or playing shows with their bands Crush Material and STARTLE. 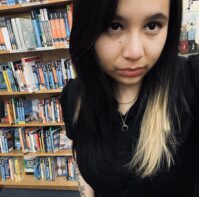 Youth Program Instructor
Laura (she/her/ella) is a post-production audio editor and engineer born and raised in San Francisco. As a youngster she performed in choirs and developed a deep love of music and all things related to the performing arts. Being a natural introvert, she redirected her passion for music behind the scenes as a post-production sound editor and sound designer. She earned her BFA in Music Production & Sound Design from the Academy of Art University in 2019. Through her internship at WAM she expanded her skillset to include live sound engineering. Laura is passionate about BIPOC representation in media, particularly in the Latinx community. She is motivated by her own upbringing in an immigrant community to make music, art, and technology accessible to all students regardless of socioeconomic status. In her spare time you’ll often find Laura wandering aimlessly through a bookstore in search of Latinx authors. She’s so excited to be joining the Girls on the Mic team! 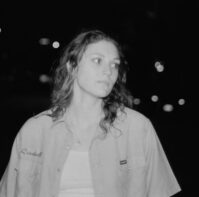 Freelance Engineer
Celia Bolgatz is a musician, engineer, and producer from Oakland. Her love of community and connection has drawn her to live audio engineering and performance projects, from the Boston Ballet to punk shows around the Bay Area. She is a graduate of Berklee College of Music’s Music Production and Engineering program, where she managed operations and supervised engineering on performances and recording projects throughout Boston. She has also been involved in food justice programs and continues to bring people together through food and music.