Girls on the Mic

Women’s Audio Mission selects interns 2-3 times per year. Interns are mentors to the girls in our Girls on the Mic program and assist on recording sessions in our recording studio as well the live sound for our events. Through an application process we choose 30 interns per year out of a pool of applicants from all over the US.

Online Training for Everyone

Local Sirens: Women in Music Performance Series is a free, all-ages quarterly performance series that features exceptional Bay Area women and gender non-conforming musicians and performers. Local Sirens supports artists who are creating new and innovative work that is representative of the diverse communities of the Bay Area. 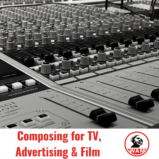 Are you a musician looking to explore composition for picture? Are you interested in composing music that has the potential to be synced for picture by major television networks or film studios? WAM’s Composition for TV, Film, & Advertising is the class for you! This class, sponsored by ESPN, will cover a basic toolkit for … Read more 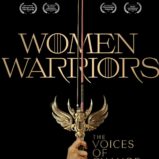 WAM, and panelists Amy Andersson (Conductor),  Lolita Ritmanis (Composer and Producer), and Mark Mattson (Producer), had a conversation on their Grammy-nominated concert creation Women Warriors: The Voices of Change, a multimedia symphony celebrating women activists fighting for social justice. This free community featured a virtual discussion and Q&A with panelists, on how Women Warriors was produced, engineered, and how the concert all came together. Moderated … Read more