Intro to Mastering with Jessica Thompson 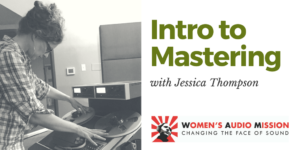 This class will cover the basics of mastering – why it is done, the process, deliverables, metering, monitoring, and playback codecs. There will be some before and after-mastering listening, and a brief exploration into the history of mastering formats and processes.

There are limited seats available for this event – sign up today! 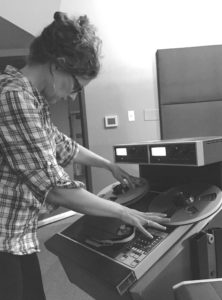 Jessica Thompson is a GRAMMY-nominated mastering and restoration engineer and audio archivist working in the San Francisco Bay area.

Her remaster of Erroll Garner’s iconic live performance The Complete Concert By the Sea (Sony/Legacy) was nominated for Best Historical Album GRAMMY, 2015.