Girls on the Mic

Women’s Audio Mission recruits and selects intern cohorts 2-3 times a year of female and gender-expansive individuals looking to start their careers and receive invaluable training, mentorship, and education at our studios. Interns are mentors to the students in our Girls on the Mic program, assist on recording sessions in our recording studio,  and have invaluable training opportunities for live sound shadowing for WAM and WAM partners’ events. Through an application process we choose 30 interns per year out of a pool of applicants from all over the US. Interns are introduced to WAM’s extensive network and recommended for positions with WAM partners and connections such as Dolby Labs, ESPN, Sweetwater, various recording studios, and more!

Local Sirens: Women in Music Performance Series is a free, all-ages quarterly performance series that features exceptional Bay Area women and gender-expansive musicians and performers. Local Sirens supports predominately BIPOC artists who are creating new and innovative work that is representative of the diverse communities of the Bay Area.

Launched in 2014, Local Sirens has promoted the work of 120+ women and gender-expansive artists and reached 8,500+ people through free Bay Area concerts. Each year WAM celebrates and promotes the careers of 40+ women and gender-expansive artists a year (90% BIPOC/86% low-income) with paid performance opportunities at premier venues (Dolby, YBCA, Brava, etc) and virtually to audiences of 2,000+.

Women Audio Mission’s conference series for women and gender-expansive individuals is back Friday, October 7 & Saturday, October 8, 2022, at one of the world’s most legendary recording studios and venues! Thank you to our partners, The Record Plant and CMNTY Culture, for making that possible! WAMcon features top talent in the music and audio industries, including … Read more 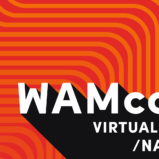 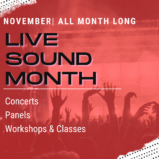 It’s Live Sound month with WAM! One ticket gets you access to all panels & workshops!   As live music events begin to come back to life and tours kick off in early 2022, WAM is focusing on Live Sound for the whole month of November! With one ticket you’ll get: Setting up a PA … Read more