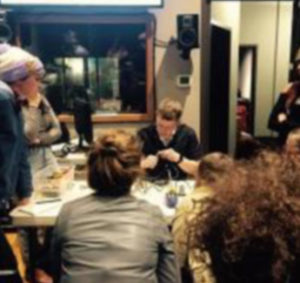 In this 8-class series you will:

Piper Payne is a Mastering Engineer at Coast Mastering (formerly Michael Romanowski Mastering) in Berkeley, CA. Piper is the Vice President of the SF Chapter of the Recording Academy and she Co-Chairs the SF Producers and Engineers Wing. She also serves on the Education Committee. In addition she is an active member of the AES and the Women’s Audio Mission, as well as being the CEO of Giving Stage. Piper is an audio educator and lectures often about mastering and recording. She is also a first-call for large venue concert and classical recordings.

Piper began her career with a BFA in Audio from the University of Michigan, continuing her Graduate education in Audio at the University of Stavanger in Norway. Piper has apprenticed under some of the best Mastering and audio mentors in the world, including Bob Katz in Orlando and Michael Romanowski in San Francisco. Piper moved to San Francisco after working at the Banff Centre in Alberta, Canada as the Senior Audio Associate in a work-study program that had her climbing glaciers for film sound design and recording jazz orchestras in the same day! Piper’s focus is Mastering and she lives for quality and equality in audio.